A Nordic FALLING DOWN: Jens (Mikkel Vadsholdt) has accepted far too much for too long. Being the shy night-owl he is, he keeps to himself, but the world will not let him be. The new master baker's quality starts slackening, and when a bunch of yobs one day smash the window of Jens's car, he takes one of them out. Intoxicated by his own new unexpressed vigour, Jens comes out of his shell, but the destructive driving force leads him towards a free fall. A film that is as shocking with its vigilante story as it is captivating with its determination. Headed by Mikkel Vadsholdt (THE SUNFISH), who here manages to arouse our empathy in a role of a reserved man who has difficulty coping with the light of day. 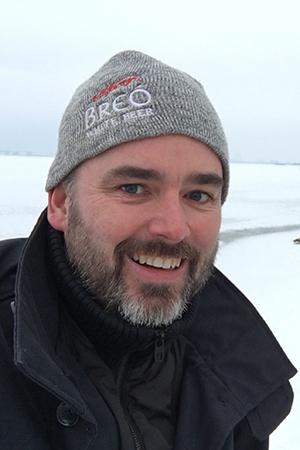 David Noel Bourke is an Irish director/writer/editor residing in Denmark who has made three independent feature films: LAST EXIT (2003), NO RIGHT TURN (2009), and BAKERMAN (2017), which have been released around the world, in the US, Germany, Sweden and Denmark. Two new film projects are in the pipeline, an Irish comedy feature in the style of Roddy Doyle and a brand new science fiction project.