Ghasem is working at Tehran Municipality and his job is to prevent vendors to sell their stuffs at the sidewalks. He's to be fired because of his secret deals with some of the vendors and he's looking for another job as a truck driver. He's counting on his wife, Akram's patrimony to buy the truck, however, Akram believe they should buy a small house and leave Ghasem's father's home. Nevertheless, Ghasem's fighting with a vendor the other day, creates an opportunity to overcome these problems! 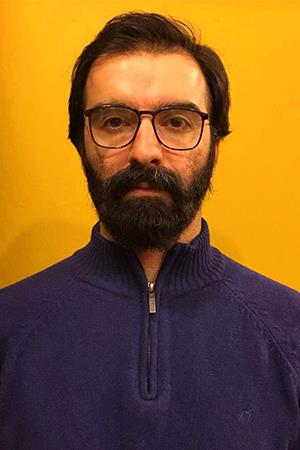 Born in 1984 in Behshahr, Iran, Mohsen Gharaei is a graduate of Mining Engineering. He started his film career as an assistant director in 2006 and he's been assistant director of some of most prestigious Iranian filmmakers like Bahram Bayzai, Reza Mirkarimi, Majid Majidi and Mohsen Abdolvahab. He's been involved in casting, editing and line production of a number of film projects too. He co-directed his first feature film, DON’T BE TIRED together with Afshin Hashemi in 2013 and BLOCKAGE (2017) is his first independent feature film.