The foxtrot is, at its heart, a fairly simple dance: mostly two steps forward and two steps back. A similar lack of progress can be observed in the conflict between Israelis and Palestinians, and even Michael and Daphne Feldmann can't do more than just move in place. They're told by the military that their son Jonathan was killed while serving at Foxtrot outpost, a surreal place where the gate has to be opened for camels as often as for cars. One day, a shot was fired there. Samuel Maoz's sketch of absurd and lethal stagnation received the Silver Lion at the Venice Film Festival. 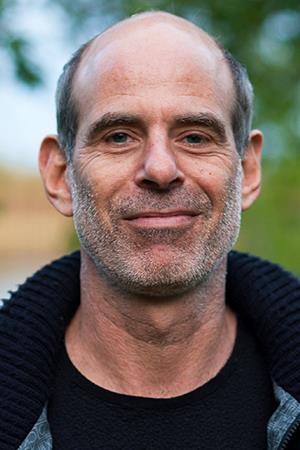 Samuel Maoz, born in Tel Aviv in 1962, became hooked on filmmaking when was given an 8 mm camera at the age of 13. As a 20-year-old, he saw combat during the Israeli army's war in Lebanon. He subsequently trained as a camera operator, making documentary films, and worked as a production designer. His first feature film, LEBANON, which captured the confining perspective of soldiers in a tank, received the Golden Lion at the 2009 Venice Film Festival.