This is the story of a man who feels happy only when he is unhappy: addicted to sadness, with such a need for pity, that he's willing to do anything to evoke it from others. This is the life of a man in a world not cruel enough for him. 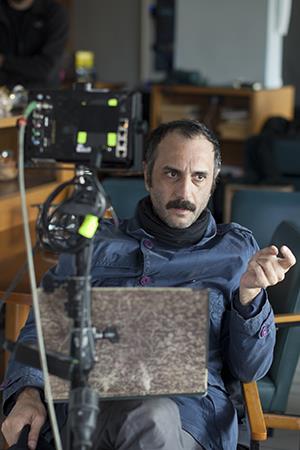 Babis Makridis was born in Kastoria, Greece, in 1970. He studied film direction at the Stavrakos Film School in Athens. In 2000, he started working as a director of commercials and video clips. His short film THE LAST FAKIR (2005) received the Newcomer's Prize at the International Short Film Festival in Drama in Greece. His feature-film debut, L (2012), was presented in competition at Sundance, Rotterdam, and other international film festivals. PITY is his second feature film.