EVERYTHING ALWAYS ALL THE TIME
Filmfest 2018

Andreas wants Kim, but Kim wants something more. She wants a penis. She doesn't want to talk about this with Andreas. And when their best friend, Anna, moves in, it all gets to be a bit much. But if two people feel lonely around each other, can they be less alone when there are three of them? 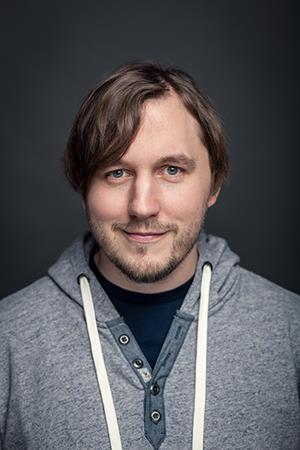 Born in 1982, Philipp Eichholtz grew up in a village near Osnabrück. As a 15-year-old, he made his first short film with a couple of classmates. For DER LETZTE ABEND, Eichholtz received an award for new talent at Filmfestival Hamm and was invited to the Filmwerkstatt Wiesbaden as well as to the 19th European Media Art Festival. He filmed and edited various music videos for such bands as Kapelle Petra and Peilomat. In 2008, the director made his first full-length documentary, MEINE DATEN UND ICH, in New York and London. In 2013, Eichholtz wrote the screenplay for his first feature film, LIEBE MICH, which he was able to make during that summer for only 4,000 euros. In 2016, LUCA TANZT LEISE was shown in competition for the Max Ophüls Award.