Alanis shares an apartment with her one-and-a-half-year-old son, Dante, and her "colleague" Gisela. The two women are prostitutes. One day, the police find out; Gisela is arrested and Alanis and her baby must find a new place to live. The story takes place in a migrant quarter of Buenos Aires, where any hope for a better future lies somewhere between assertiveness and illegal activity. Unsentimental and direct, this drama is less a critical study than an intimate family portrait (Dante is the real-life son of actress Sofía Gala Castigliones, who plays Alanis) of a mother with a fighting spirit who must earn a living. 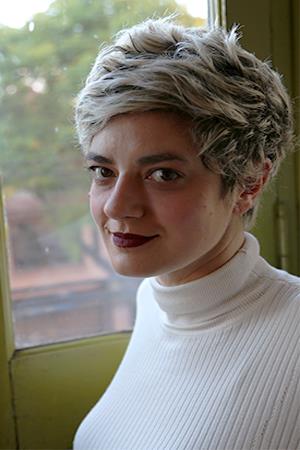 Anahí Berneri, born in Argentina in 1975, directs for film and theater. Her films approach gender topics from a realistic and intimate perspective. Berneri's feature-film debut, UN AÑO SIN AMOR (2005), received the Teddy Award at the Berlinale; her second film, ENCARNACIÓN (2007), the FIPRESCI Award at the San Sebastian International Film Festival. Berneri's film repertoire also includes POR TU CULPA (2010) and AIRE LIBRE (2014). Anahí teaches at the National School of Film Experimentation and Production and at the National Institute of Cinema and Audiovisual Arts in Buenos Aires.