Zagros, a Kurdish shepherd, enjoys a happy life with his family in the mountains of eastern Turkey — until the day when relatives accuse his wife, Havin, of having an affair. When Havin flees to Belgium with their nine-year-old daughter, Zagros follows them, believing in her innocence. Arriving in the West, however, he is plagued by doubts. 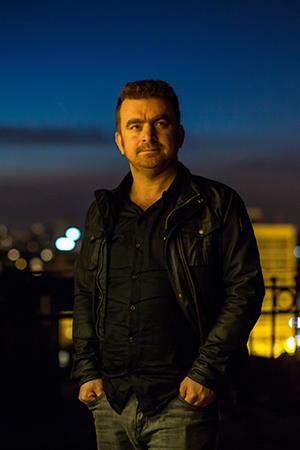 Kurdish director Sahim Omar Kalifa, born in 1980, studied film while working as an interpreter in Brussels. His graduation film NAN (2008) won an award, enabling him to write and direct the professional short LAND OF THE HEROES (2010), which in turn earned him a jury award at the Berlinale in 2011 in the category Generation Kplus. Both his subsequent shorts BAGHDAD MESSI (2012) and BAD HUNTER (2014) were festival darlings as well and ended up being shortlisted for the Academy Awards. Sahim's shorts have been shown at 250 festivals and have taken home a total of 97 awards. ZAGROS is his first feature-length project.