Two sisters' lives are in limbo. In their youth, Nene and Ava were a singing duo. Now there is a child, a job at a café, a boyfriend, and their mother, who is still critical of them. One sister secretly arranges a gig for both of them, and the other smashes her life to pieces because of a feeling. Suddenly it seems possible and necessary to leave one's comfort zone. Accompanied by an original jazz score, images dance about as they tell the story of a symbiotic love between sisters, of irrationality, of staying close and letting go. 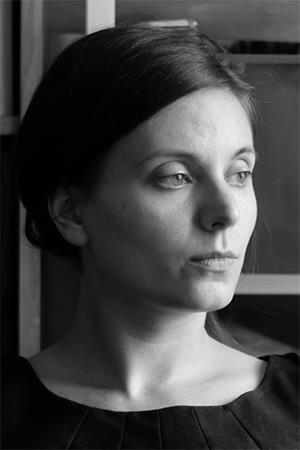 Katinka Narjes was born in Frankfurt in 1982 and grew up near Hamburg. She studied film, then went to live in New York, where made her first short films, before moving to Berlin, where she has been studying film directing at the Deutsche Film- und Fernsehakademie Berlin (DFFB) since 2009. Narjes' short films have been shown at various festivals in Germany and abroad as well as on German television. NIXEN (2018) is her first full-length feature.