What happens when fiction overtakes reality? What if feelings are manipulated and no one has anything left to lose? In 2018, somewhere in the lower Rhine valley, a brutal series of murders occurs. A young profiler uses idiosyncratic methods to investigate the crimes. A clue leads to the past: to five boarding-school pupils in search of power and love who experimented with the secret of human scent — and with the ideas from Patrick Süskind's bestseller "Perfume: The Story of a Murderer".

Please note that ticket sales for PERFUME will end on Friday, June 29, at 12 noon.

The festival's evening box office at the Mathäser cinema (enter from Bayerstrasse) opens at 8:00 p.m. Please note that only cash payments are possible and that no tickets purchased online may be claimed here. Please claim such tickets in advance at another festival box office . 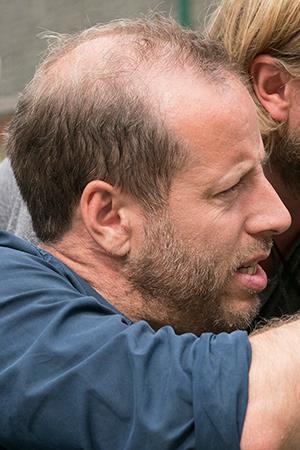 Philipp Kadelbach, born in Frankfurt in 1974, attended film school in Pittsburgh in 1995 and gained experience there in TV journalism. In 1998, he became a director of commercials and music videos, and in 2000, he completed his studies of film direction at the Filmakademie Baden-Württemberg. That same year, he received the F. W. Murnau Award for his short film PLATONISCHE LIEBE. His two-part historical film HINDENBURG received a German Television Award. The following year, that award went to UNSERE MÜTTER, UNSERE VÄTER, a three-part film that told the story of a group of friends during World War II.