The hottest summer in history has arrived in Rio, and in the oppressive heat, construction is going on everywhere. The Olympics are coming, and the city is doing all it can to prepare for them. Ana is an attorney who is fighting to save an impoverished residential area from the plans of property speculators who want to evict all its residents and put up new buildings. This fate is not spared Ana's own house, formerly a luxurious building, which is being neglected by its property managers so that the residents will leave. The higher the temperatures rise, and the more Ana's efforts expose sleaze and extortion as the driving forces behind the dream of hosting the Olympics, the more Ana must notice the effect on her own skin, which becomes covered by a mysterious rash, as though the skin itself were decomposing. The more the plot turns from the realistic to the fantastical, the more Ana's body becomes a metaphor for the way her city is falling apart and being eaten away by corruption. 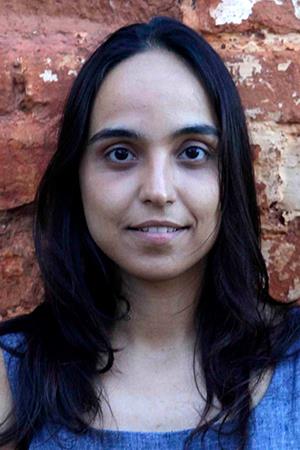 Director and film editor Marina Meliande was born in Rio de Janeiro in 1980. She attended the University Federal Fluminense and the Studio National de Arts Contemporains – Le Fresnoy in France. She has co-directed several films with Felipe Bragança, including A FUGA, A RAIVA, A DANCA, A BUNDA, A BOCA, A CALMA, A VIDA DA MULHER GORILA (2009) and A ALEGRIA (2010), which were shown at the Locarno and Cannes festivals, respectively.