Everything seems to be going well for Mads Schwartz: out of the blue, the young father is promoted from the permanent crime unit to the homicide division. But then news reaches him that his father is in the hospital. The old man becomes bellicose, especially when Mads's brother Andi rushes to his bedside as well. When Andi hears the name of the murder victim in Mads's new case, the awkward family reunion sets off a descent into the depths of crime and intrigue. 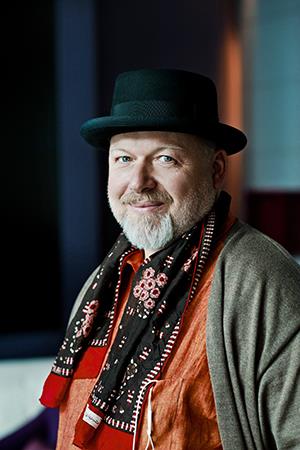 Rainer Kaufmann was born in Frankfurt am Main in 1959. He studied German and film in his home town before studying film direction at the Hochschule für Fernsehen und Film in Munich. In 1992, he directed DANN EBEN MIT GEWALT, which received several awards. He followed this up with STADTGESPRÄCH (1995), DIE APOTHEKERIN (1997), and LONG HELLO AND SHORT GOODBYE (1999), all of which were major commercial successes. Since then, he's been known mainly for television plays such as MARIAS LETZTE REISE (2004) — for which he was honored with the Adolf-Grimme-Preis, the Deutscher Fernsehpreis and the Bayerischer Fernsehpreis — as well as for motion pictures such as EIN FLIEHENDES PFERD. At the FILMFEST MÜNCHEN, his FÖHNLAGE received the Bernd Burgemeister Fernsehpreis in 2011. This year, he is represented with two works: SCHWARTZ & SCHWARTZ: MEIN ERSTER MORD and DER POLIZIST UND DAS MÄDCHEN.