Berlin in the early 1990s: Hans-Georg Dahlmann is making a lot of enemies as head of the agency charged with privatizing eastern Germany's formerly state-owned businesses. His newly hired assistant, Sandra Wellmann, is one of these enemies. She has been planted in the agency by the RAF terrorist organization to spy on Dahlmann. When the head of a bank is murdered, the Federal Criminal Police Office starts to consider who might be next. As Wellmann and Dahlmann come to trust each other, the terrorist's mission is redefined. This two-part TV movie portrays the uncertainty and latent violence in a society undergoing seismic change. FILMFEST MÜNCHEN will show both parts back-to-back in a three-hour presentation. 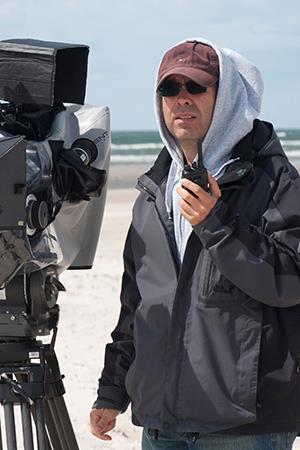 Miguel Alexandre was born in Faro, Portugal, in 1968 and grew up in Lübeck. From 1989 to 1994, he attended the Hochschule für Fernsehen und Film. After graduating, he was an author, director, and producer for Studio Hamburg. He directs mainly for television, including numerous recent episodes of the crime series DER KOMMISSAR UND DAS MEER, and has also been a camera operator for several years. His TV movie GRÜSSE AUS KASCHMIR, which he presented at FILMFEST MÜNCHEN, received the Adolf Grimme Preis in 2005.