Berlin is merciless: if you want to survive, you'll have to be quick on your feet... Atris no longer wants to be the henchman of underworld boss El Keitar. When his friend Frank offers him a deal, Atris agrees without knowing the chaos he is letting himself in for. Fortunately he meets Marie, a whirlwind who really knows how to stand up to the Berlin macho crooks 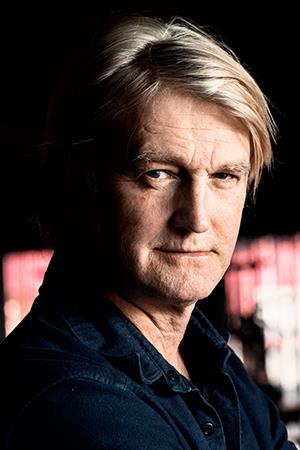 Detlev Buck was born in Bad Segeberg in 1962. Prior to attending the Deutsche Film- und Fernsehakademie in Berlin, he had already made his debut as director and author of ERST DIE ARBEIT UND DANN? (1985), in which he'd also acted. After graduating, he and Claus Boje founded the firm Boje Buck Produktion in 1991. As director of KARNIGGELS (1991/92), he received the Bayerischer Filmpreis (Bavarian Film Award). His commercial breakthrough with WIR KÖNNEN AUCH ANDERS (1992) was followed by MÄNNERPENSION (1996), LIEBE DEINE NÄCHSTE (1998), and LIEBESLUDER (2000). In 2005, he directed KNALLHART, a drama about gang violence in Berlin, which received the Deutscher Filmpreis in Silber (German Film Award in Silver) for best picture. Two years later, he directed the children's movie HÄNDE WEG VON MISSISSIPPI (2007), which also received the Deutscher Filmpreis. His works also include SAME SAME BUT DIFFERENT (2008), RUBBELDIEKATZ (2011), and BIBI & TINA along with its three sequels (2014–2017). Currently, his ensemble comedy WUFF is in post-production. Buck has also acted in numerous films, including HERR LEHMANN (Leander Haussmann, 2003), DAS WEISSE BAND (Michael Haneke, 2009), and most recently in MAGICAL MYSTERY – ODER DIE RÜCKKEHR DES KARL SCHMIDT (Arne Feldhusen, 2016).