In the not-too-distant future, all data is transparent. Eye implants deliver a stream of information about the world and about others' identity. They record and archive every second of life — which is useful to detective Sal Frieland in his investigations. To solve a series of violent murders, however, he might have to resort to other means.

Please note: The screening on July 7 is part of the AWARD CEREMONY. 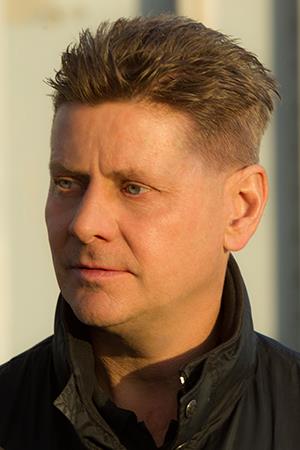 Andrew Niccol was born and raised in New Zealand. At age 21, he directed TV commercials in London before moving to Los Angeles in order to make films "longer than 60 seconds." He has worked mainly in the realm of science fiction: GATTACA (1997) was not only the first film he directed, but also one for which he wrote the screenplay. His screenplay for THE TRUMAN SHOW (1998), directed by Peter Weir, was nominated for an Oscar as well as for a Golden Globe. Niccol has written all the films he has directed: S1M0NE (2002), LORD OF WAR (2005), IN TIME (2011), THE HOST (2013), GOOD KILL (2014), and ANON (2018). Since 2002, Niccol has been married to Rachel Roberts, the lead actress of S1M0NE; they have two children.