MY OWN PRIVATE HELL
Filmfest 2018

In Inferninho — Portuguese for "Little Hell" — everyone can be what everyone is: Wonder Woman, Mickey Mouse, Wolverine, rabbit, gay, lesbian, hetero or anything in between. Deusimar's bar has forged a glittering community of regulars and newcomers. Yet every oasis dries up at some point. Deusimar wants to leave to find true love. When both gangsters and property investors threaten to break into this sweet-and-sour alternative world, the survival of a little Utopia and lots of individual quirks are at stake. The "little hell" becomes the center of a gentle rebellion. This is queer intimate theater, conceived in parallel as a play and a film, both without a real budget, by an artists' collective in Fortaleza in northern Brazil, far from the traditional centers of the film industry. 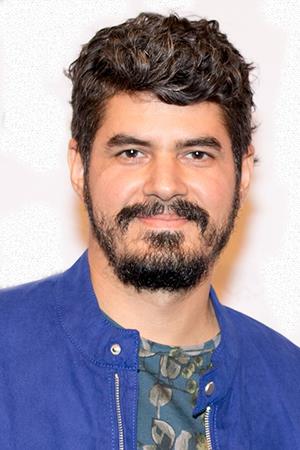 Film editor, author and director Guto Parente (first), born in 1983, studied film at the Escola Pública do Audiovisual in Fortaleza. Until 2016, he belonged to Alumbramento, an artists' collective and production firm in Ceará. Since then, he has teamed up with Tardo Filmes in Fortaleza. His works as a director include the short film DIZEM QUE OS CÃES VEEM COISAS (2012) as well as A MISTERIOSA MORTE DE PÉROLA (2014), which he co-directed with Ticiana Augusto Lima. He often collaborates with Pedro Diógenes, Luiz Pretti, and Ricardo Pretti.

As a member of the Alumbramento collective, author and director Pedro Diogenes (second) routinely co-directs films with Pedro Diógenes, Luiz Pretti, and Ricardo Pretti, as he has done with the short films ESTRADA PARA YTHACA (2010), NO LUGAR ERRADO (2011), and OS MONSTROS (2011).