Nothing ever seems to happen in the small town of Lafors — until word arrives that a German retailer, Superbilly, is considering setting up shop there. A promotional film, ideally a super-cheap one, should help sway the decision. Teenagers Aida and Dana are convinced of their idea to film their everyday lives with their smartphones. But when a sponsor is prepared to finance a leaked TV commercial, attitudes and imagery collide shortly before the Superbillys are due to show up. 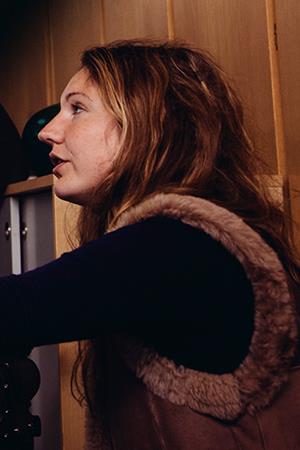 Born in Sweden in 1980, Gabriela Pichler studied film at the University of Gothenburg. Her short film SCRATCHES received the Guldbagge, a Swedish film award, in 2010. Pichler received two such awards for her first feature-length film, EAT, SLEEP, DIE (2012), which was also honored at the Venice Film Festival.