Eleven women are on a pilgrimage from Bragança to Fatima in Portugal. They need only 10 days to travel the 400 kilometers on foot. While each of the women is motivated by her own spiritual thoughts, their relationship is a worldly one involving steady rain, exhaustion, and quarrels that threaten to tear the group apart. Arriving in Fatima, each must find her own path to redemption. A road movie with documentary character which takes the audience along on the journey. 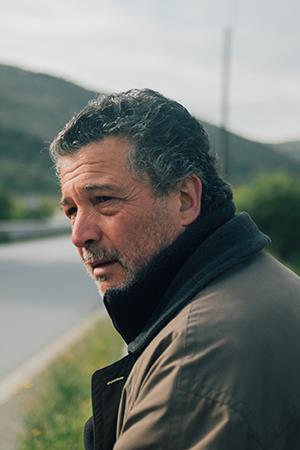 João Canijo was born in Porto, Portugal, in 1957. From 1977 to 1980, he studied history at the University of Porto, then turned to cinema, learning the ropes while an assistant to such directors as Manoel de Oliveira (FRANCISCA, 1980; MON CAS, 1986), Wim Wenders (DER STAND DER DINGE, 1982), Alain Tanner (IN THE WHITE CITY, 1982), Werner Schroeter (DER ROSENKÖNIG, 1984), and Paulo Rocha (O DESEJADO, 1987). In 1983, he made his first short film, A MEIO AMOR. In 1987, he and Diogo Dória directed a play by Edward A. Whitehead at Lisbon's Galeria Monumental. Thereafter, Canijo directed various other stage plays, including works by David Mamet and Eugene O'Neill. TRÊS MENOS EU (1988) was Canijo's feature-film debut. He was executive producer of Wim Wenders' LISBON STORY (1994). Other films he's directed include BLOOD OF MY BLOOD (2011), for which he earned the FIPRESCI Award at the San Sebastian International Film Festival and the Grand Jury Prize at the Miami International Film Festival. His É O AMOR (2013) also received several awards.