New Brunswick, 1978: David Slaney is running for his life. The police are hot on his heels, chasing him through the forest with rifles and hounds. He's escaped from the prison in which he had spent the last five years of his life as a convicted drug dealer. Pure willpower, an unusual ally, and a bit of luck have made it possible for him to escape. He is driven: to Jennifer Baker, the love of his life, who never wants to see him again; to Brian Hearn, once his partner and now an important gangster in the drug world; to Ada, the adventurous con artist who might hold the key to his rehabilitation; and to freedom. New Brunswick, Montreal, Mexico, Columbia: Slaney travels through all of North and South America in search of something he has never experienced — justice. 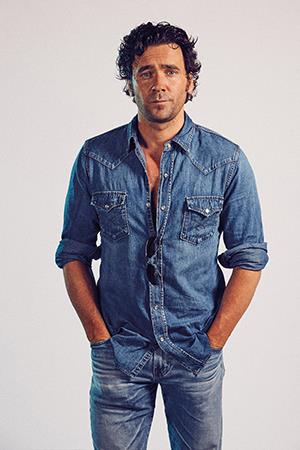 Born in Newfoundland in 1977, showrunner Allan Hawco attended the National Theatre School of Canada and now works as an actor, author, and producer. He and his production company Take the Shot Productions have made possible the CBC series REPUBLIC OF DOYLE (2010–2014), in which he plays the character of the title, unconventional private detective Jake Doyle. As an actor, Hawco appeared in the series MURDOCH MYSTERIES (2013), FRONTIERS (2016–2018), and in the miniseries THE BOOK OF NEGROES (2015) alongside Cuba Gooding, Jr. The films to which Allan Hawco has contributed include the award-winning WEIRDOS (2016) and HYENA ROAD (2016).