One day, two stories, dozens of points of view. During the robbery of a small branch office of a bank, hostages are taken. Outside, mediators for the police and their colleagues from the task force are looking for a way to end the incident without bloodshed. Inside, the captives are looking for a way to survive, while the crooks are looking for lots of money — or at least a way to escape. In alternating episodes, the story is told of the perpetrators and of those who hunt them down. 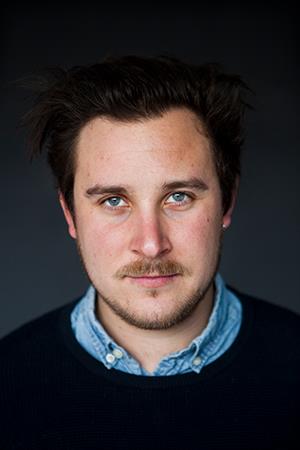 Dries Vos (first) has worked as a director in film and television for more than ten years. He was involved with the sketch show WAT ALS?, which received an International Emmy Award in 2014. The comedy ALLEMAAL FAMILIE was shown in Belgian theaters in 2016. In 2017, Dries Vos directed the detective comedy BAD TRIP.

Producer, author and director Gilles Coulier (second) directed a number of short films before directing the award-winning TV series BEVERGEM in 2015. In 2017, his first feature film, CARGO, the story of three brothers from a family of fishermen, was shown in theaters.