The identity of Petra's father has been hidden from her all her life. When her mother dies, Petra embarks on a quest which leads to Jaume, a celebrated artist and a powerful, ruthless man. As she searches for the truth, Petra meets Marisa, Jaume's wife, and their son Lucas. Gradually the stories of these characters intertwine in a spiral of malice, family secrets and violence, which will drive them all to the edge. But fate's cruel logic is derailed by a twist that opens a path to hope and redemption. 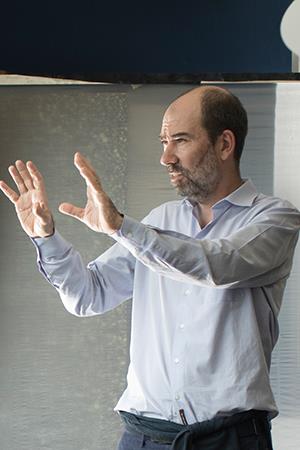 Jaime Rosales was born in Barcelona, Catalonia, Spain in 1970. He began studying economics at ESADE before receiving a scholarship to study film at the Escuela Internacional de Cine y TV in Cuba. His films LAS HORAS DEL DÍA (2003) and TIRO EN LA CABEZA (2008) were both honored with a FIPRESCI Award. Rosales is also known for his films SOLITARY FRAGMENTS (2007) and BEAUTIFUL YOUTH (2014).