Cars and trucks only just avoid hitting Zhou Jun as he walks along the busy street at night. With a half-empty bottle of booze in his hand and a photo hung around his neck, he staggers towards the oncoming traffic. He's lost his little boy, he mutters to a taxi driver who picks him up and drives him around. This story is told from the back seat, where Zhou Jun slowly sobers up as flashbacks reveal memories of an unruly wedding and old lovers who had disappeared mysteriously. Writer-director Tang Tang based his film on the book "A Walking Cigarette". With his fragmentary editing, Tang deliberately sets out to confuse the viewer, eventually reaching a conclusion that is both oppressive and liberating. 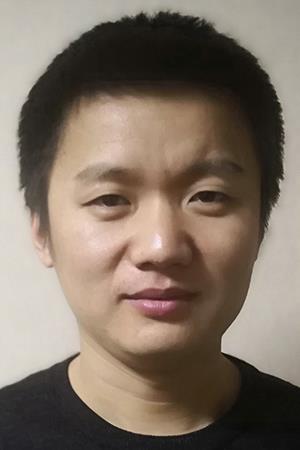 Tang Tang was born in China's Shandong province in 1983. He holds a degree in photography and a degree in film directing, both from the Communication University of China. After graduating, he made the short films MR. EGG'S DREAM (2013), WENRO (2016), and TO PAY (2017). WALKING IN DARKNESS (2019) is his first feature-length film.