Brothers Isra and Cheíto from Gitano families in Andalusia have lived two very different lives. One was a drug dealer who wound up behind bars; the other joined the navy. After years away from their home city of San Fernando, they return. But what kind of life can they lead in the place with the highest rate of unemployment in Spain, and how have the two men dealt with their memory of their father's violent death? Back in 2006, director Isaki Lacuesta had his eye on these two men in his documentary LA LEYENDA DEL TIEMPO, about flamenco singer Camarón de la Isla, and kept up with their lives since then. Their story is now the subject of this intense study of a milieu. 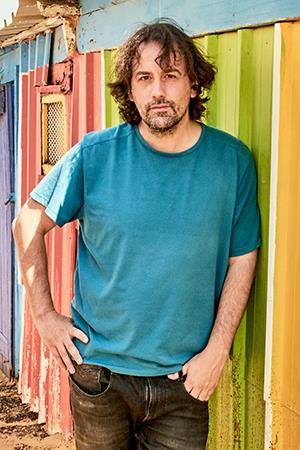 Isaki Lacuesta was born in Girona, Spain, in 1975. He studied audiovisual communication at the Autonomous University of Barcelona. After completing a master's degree in creative documentary at the Universitat Pompeu Fabra, he directed his first feature film, CRAVAN VS. CRAVAN in 2002. His subsequent films LA LEYENDA DEL TIEMPO (2006), THE CONDEMNED (2009), and ALL NIGHT LONG (2010) were shown at numerous festivals. For THE DOUBLE STEPS (2011) as well as BETWEEN TWO WATERS (2018), he received the Golden Mussel at the San Sebastián Film Festival.