In the early 1920s, Virginia Woolf is an established author in London's artistic circles. Her friendship with charismatic aristocrat and literary colleague Vita Sackville-West turns into a long-standing affair that flouts the conventions of their time. This liaison inspired one of Woolf's best-known novels, "Orlando". This historical drama offers an adventurous and stirring approach to the story of Vita and Virginia. It's based on the stage play of the same title by Eileen Atkins, which in turn was based on letters the two women wrote to each other. Atkins collaborated with director Chanya Button on the screenplay. This love story, brought to life through and through by strong women, is complemented by the excellent casting of Gemma Arterton and Elizabeth Debicki in the two leading roles. 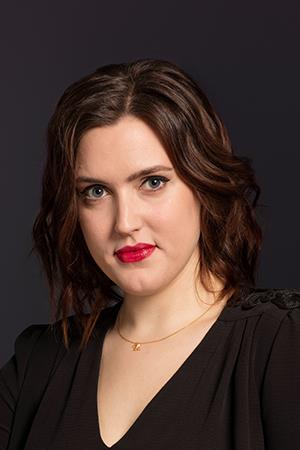 Chanya Button was born in London in 1986. She was accepted to the Royal Court's Young Writers Programme at age 18 prior to studying English at Oxford and theater directing at the Royal Academy of Dramatic Art. Chanya has since worked in both theater and film. She has made three short films: FROG/ROBOT (2011), FIRE (2012), and ALPHA: OMEGA (2013). Her first full-length feature film, BURN BURN BURN, premiered at the BFI London Film Festival in 2015. VITA & VIRGINIA (2018) is her second feature film. Since then, she has directed two episodes of the BBC series WORLD ON FIRE.