Mario, in his mid-50s, can't believe it when his wife, Armelle, moves out after years of marriage. Being part of a happy family was always the most important thing to him. Now his only hope is that Armelle will soon return to him and their two daughters, Niki and Frida. While Mario desperately tries to get the attention of his wife, she's only willing to talk to the children, who are getting to be too much for Mario. In order to help himself and his family, Mario must find another way. 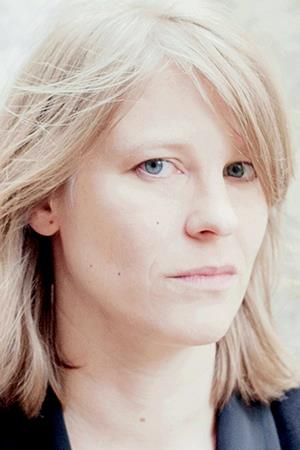 Claire Burger was born in Forbach, France, in 1978. She studied film editing at the Paris film school La Fémis. In 2008, she made the short film FORBACH, which was honored with the Cinéfondation Award in Cannes and the Grand Prix at the festival of short films in Clermont-Ferrand. Together with Marie Amachoukeli, she made C'EST GRATUIT POUR LES FILLES (2009, awarded a César for best short film) and DEMOLITION PARTY (2013). With Amachoukeli and Samuel Theis, she co-wrote and co-directed PARTY GIRL (2014). This film was shown in the "Un Certain Regard" section at Cannes and was awarded the Caméra d'Or as well as the Prix d'ensemble. C'EST ÇA L'AMOUR is the first film she's directed on her own. It celebrated its world premiere at the Venice Film Festival in 2018.