Twelve-year-old Sue is an unassuming loner and a big fan of comic books and superheroes. But never in her wildest dreams could she have imagined possessing superpowers herself. A mishap in her mother’s laboratory exposes her to a mysterious substance called NT26D, suddenly giving her the ability to render herself invisible. When her mother is kidnapped, Sue must put her superpowers to the test. She and her new freinds, resourceful App and bicycle wizard Tobi, go in search of clues. But to rescue her mother from the forces of evil, the disparate friends must combine their strengths, uncover a conspiracy, and bring the truth to light. This exiting science-fiction adventure is the first German children’s film about a superheroine and the fourth feature film to emerge from the initiative „Der besondere Kinderfilm“.

Recommended for ages 10 and up
School: 4th-8th grade 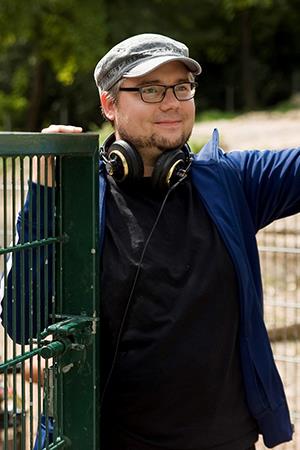 Marcus Dietrich was born in the East Berlin suburb of Strausberg in 1979. He studied theater, first at the Free University of Berlin, then from 2002 to 2007 at the Bauhaus University in Weimar. As a stage director at the Thalia Theater in Halle from 2009 to 2011, he helped to stage performances of several children’s detective stories. In 2012, the children’s film SPUTNIK marked his first foray into cinema; two years later, the film was nominated for the German Film Award in the category of best children’s film. Starting in 2013, various episodes of the children’s series SCHLOSS EINSTEIN (CASTLE EINSTEIN) followed. In 2016, he directed PRINZ HIMMELBLAU UND FEE LUPINE for a fairy-tale series for the German network ARD.