Oliver hits a giant hole while riding his bike - and just like that, juvenile detectives Tiril, Oliver, and Ocho the dog of Detective Agency No. 2 have a case to solve. Obviously, whoever dug all those deep holes should pay for a new bike! But who made all the holes, and why? To solve the riddle, the sleuths must demonstrate their resourcefulness, use the best tricks and the latest technology, but also closely examine the past and present of their small town. A thilling Sherlock Holmes story for the whole familiy, based on a popular Norwegian series of children’s books. 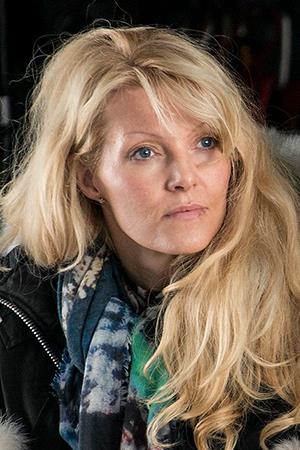 Grethe Bøe-Waal was born in 1971 in the Norwegian port city Kristiansund. She has directed numerous commercials, short films, and TV movies, including several episodes of the Scandinavian soap opera CÆSAR (1998– ). Her feature-film debut was THE TEN LIVES OF TITANIC THE CAT (2007). Bøe-Waal also works as an actress, for example in the Norwegian film ODD LITTLE MAN (2000).
Close