When the town of Walbrzych experiences a series of mysterious child kidnappings, journalist Alicja Tabor returns to her home town to meet the families of the missing children and look into a mystery that puzzles even the police. During her private investigation, Alicja quite unexpectedly pieces together a trail of dramatic events which started decades earlier. In her quest for truth, the journalist faces a new threat as well as the one she had been running away from her entire adult life – the shocking secrets of her family and her own childhood. As the story progresses, the dark criminal scheme ties everything together: the children's disappearance, the war-tainted past, the legend of a lost treasure, and even the fate of Alicja, who during her journey faces pure evil, but also finds allies on the side of good. DARK, ALMOST NIGHT is based on a Polish bestseller by Joanna Bator. Like the book, the film adaptation deals with how a society behaves when it's paralyzed by grief and ignorance. 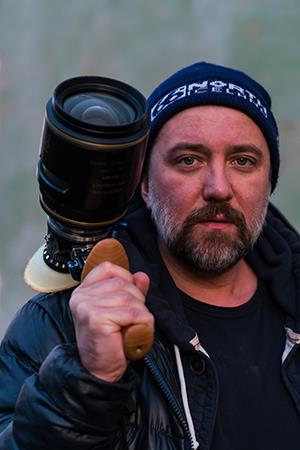 Born in Kraków in 1973, Bory Lankosz graduated from the film school in Łódź. He has written and directed both feature and documentary films. His first documentary, EVOLUTION (2001) garnered national and international attention. He is known mainly for his award-winning feature-length films REVERSE (2009) and A GRAIN OF TRUTH (2015).