Live-streaming is a booming phenomenon in China. In 2017, 422 million people watched what others showed them on line: their everyday lives, their pets, their problems, and various oddities. The viewers are able to interact with the so-called "anchors" via live chat, posing questions, offering kind words, and also sending virtual presents for real money. This industry has produced some genuine stars and represents such economic power that the Chinese government has started to regulate it, coordinating both the normal and the bizarre.
Shengze Zhu has devoted her documentary not to the stars of this online realm, but to all those whom live-streaming has given the opportunity of getting in contact with others. For people who lead solitary lives, have long working hours, or contend with physical handicaps, the Internet is the only means of finding friends. The director has distilled more than 800 hours of footage from these very private live streams into an uncommented cross-section. Twelve protagonists talk about what's on their mind and what worries them. Their unbroken will to carry on in spite of adverse conditions is what sets them apart. Often their chats continue all day, connecting both their offline and their online lives. The protagonists range from a street dancer to a person of small stature to a young single mother. On their channels, they spread and receive one main thing: positive energy. 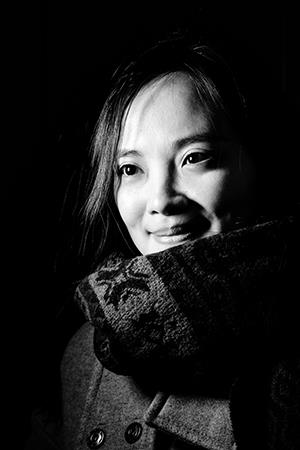 Documentary filmmaker Shengze Zhu was born in Hubei, China, in 1987. She co-founded the production company Burn the Film in 2012. OUT OF FOCUS (2014) was her first film as director. Her second documentary, ANOTHER YEAR (2016) was shown at numerous festivals and received the award for best film at the International Documentary Festival in Montreal. Zhu's third documentary, PRESENT.PERFECT., earned the Tiger Award at the Rotterdam International Film Festival.