THE DAY I LOST MY SHADOW
Filmfest 2019

All Sana wants is to give her son some semblance of a normal life by cooking him a hot meal. But in this harsh winter of 2012, when the Arab Spring breaks out in Syria, supplies of water, gas, and electricity are intermittent. In search of a gas canister, Sana wanders into one of the areas where conflict is raging. Although the people there are prepared to help, Sana begins to see the effects of war. In an olive grove, she discovers that her brother, who was forced to watch the torture and death of one of his siblings, has lost his shadow: war robs people of part of who they are. Soudade Kaadan's prior experience as a documentary filmmaker comes through in this, her first feature film. By directing scenes instead of gathering footage, she has made not only one of the few motion pictures to come from this crisis-ridden country, but also one of the most important films from the entire Arab world. In a kind of magical realism, this film shows what happens to people whose circumstances don't allow them to think about tomorrow. It's even more enthralling that Kaadan's characters are mainly women forced to change by war. 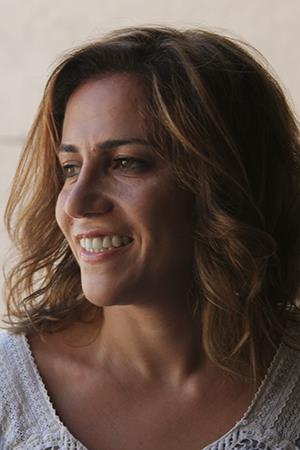 Born in France in 1979, Soudade Kaadan studied theater criticism at the Higher Institute of Dramatic Arts in Syria and filmmaking at Saint Joseph's University (IESAV) in Lebanon. Among her documentary films, OBSCURE (2017) stands out as the story of a six-year-old boy in a refugee camp in Lebanon. THE DAY I LOST MY SHADOW is Kaadan's first feature film; it received an award for best debut film at the Venice Film Festival.