UP THE MOUNTAIN
Filmfest 2019

Two oxen avoid trees in bloom as they pull a plow behind them. In a field, a woman picks leaves and hangs them up to dry. The whole town gathers to watch a performance of the dragon dance. In Dali, in the province of Yunnan in southern China, life is slow-paced. There is a primal beauty to the vivid landscapes. Drawing instructor Jianhua Shen, who has moved here with his family, has recognized that. Director Yang Zhang follows him. Shen not only draws inspiration from the richness of nature; he passes his handicraft on to the local population. Older women in particular enjoy drawing. In the same way that director Zhang documents their work on film, they document their surroundings in their drawings. Dressed in traditionally colorful outfits, they perform formal ceremonies in the same way as they go about their daily errands. The camera traces the patterns of their drawings, their songs, and their conversations. In his images, Zhang meditates on a place of longing where they all live. Still, not everyone can benefit from this simple life. Shen's protégé Dinglong Zhao is fascinated by his master's urban past and longs to go to the big city, far from the slow pace of his home town. The viewer, though, would certainly like to move to Dali immediately. 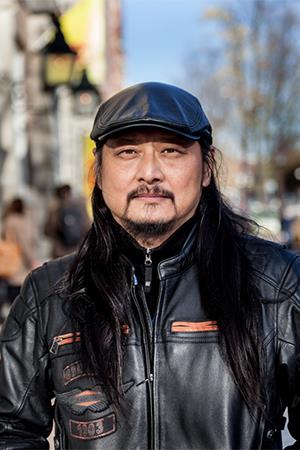 Yang Zhang was born in Beijing in 1967. After graduating from that city's Central Theater Academy, he began directing films. His works range from romantic drama (SPICY LOVE SOUP, 1997) to comedic road movies (GETTING HOME, 2007) to dramas (SOUL ON A STRING, 2016). PATHS OF THE SOUL (2015) expanded his repertoire to include documentaries. UP THE MOUNTAIN (2018) is his latest full-length documentary film.