The faithfulness in the title comes without a guarantee. Abel notices one day that his girlfriend Marianne is pregnant — and not by him, but by his best friend, Paul. Abel moves out, ending the relationship, but not for good. Eight years later, Abel and Marianne meet again at Paul's funeral. As they rekindle their relationship, this doesn't sit well with everyone: Marianne's son Joseph won't accept her old, new lover as a father figure, and Paul's sister Eva has had the hots for Abel since their childhood. Director Louis Garrel approaches these chaotic desires with a competent eye toward French New Wave nonchalance — with himself in the leading role, while his wife, Laetitia Casta, pulls various strings in this emotional game as Marianne. At FILMFEST MÜNCHEN this year, Garrel will be honored with the Margot Hielscher Award for outstanding artistic personalities who have excelled early in their career by virtue of their versatility and achievements in various cultural disciplines.

The screening on July 3rd is part of the Margot Hielscher award ceremony.

Production Company: Why Not Productions 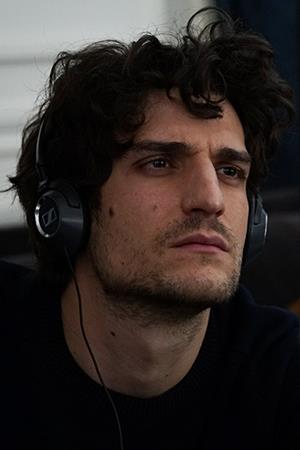 Louis Garrel was born in Paris in 1983, the son of director Philippe Garrel and actress Brigitte Sy. He had an early start in film, with a role in his father's film EMERGENCY KISSES (1989) at the age of six. His first leading role was in THIS IS MY BODY (2001). Two years later, he broke through internationally in the role of Theo in Bernardo Bertolucci's erotic drama THE DREAMERS. Since then, he's appeared in numerous French films, including REGULAR LOVERS (2005), which his father also directed, and for which his acting earned him a César as best young actor. In 2008, Louis Garrel wrote and directed his first short film, MY FRIENDS. His first full-length feature film, TWO FRIENDS, premiered at the Cannes Film Festival in 2015. In 2017, Garrel married Laetitia Casta, his girlfriend of two years. A FAITHFUL MAN is their first feature film together.