Unable to relate to the other kids at her new school, Jennifer feels awkward and left out. Her only joy is being able to secretly disappear into the fantasy world of a virtual reality game. With this becoming more and more of an obsession, Jennifer starts to neglect her schoolwork and family responsibilities, overriding her parents' warnings and attempts to stop her. Increasingly, her life in the real world and the virtual world gets out of balance. 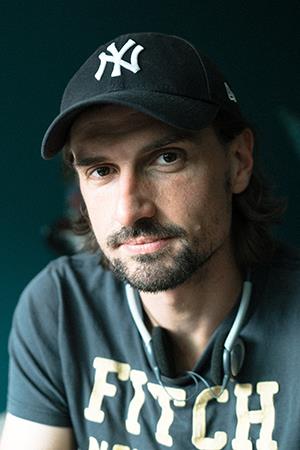 Born in Munich in 1982, Philip Koch studied film directing at HFF München. From the start, his films have been controversial. Koch's feature-film debut, PICCO (2010), dealt with an inmate being tortured to death at the juvenile prison in Siegburg in 2006. For this, Koch received several German film awards and was invited to the Cannes Film Festival. His second feature film, OUTSIDE THE BOX, had its premiere at FILMFEST MÜNCHEN in 2015. Koch also regularly works in television, where he has made two particularly controversial episodes for the crime series TATORT: HARDCORE (2017), which depicted the death of a porn actress in a seedy environment, and BLUT (2018), about a female vampire. PLAY is his third full-length motion picture.
Close