With two kids, a house, a dog, and two fiftieth birthdays, Doris and Georg are the perfect middle-class Hamburg couple. That doesn't stop them from separating after nearly a quarter-century of marriage. As the couple attempt to analyze their past in joint therapy sessions, Doris's newfound freedom allows her to blossom in both her professional and personal life, while Georg's affair with a much younger doctoral student starts to fall apart. He's bothered by Doris's ability to thrive without him. Can he turn things around? Will Doris let him? And is that what both of them really want? 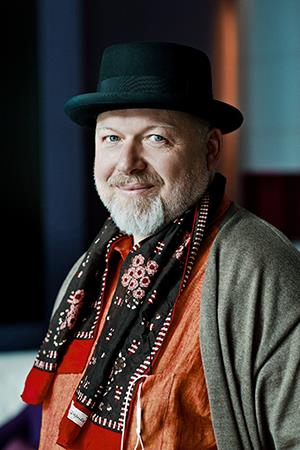 Born in Frankfurt in 1959, Rainer Kaufmann studied German literature and film at the University of Frankfurt before completing a degree in film directing at HFF München. In 1993, he directed the award-winning TV movie DANN EBEN MIT GEWALT. His first motion pictures included TALK OF THE TOWN (1995), THE PHARMACIST (1997), and COLD IS THE BREATH OF EVENING (2000). For the TV movie MARIAS LETZTE REISE, he received the Adolf Grimme Award in Gold, the 2005 German Television Award, and the 2005 Bavarian Television Award. His other works include the three-part miniseries DIE KIRSCHKÖNIGIN (2004), RUNAWAY HORSE (2007), and ERNTEDANK (2009), as well as UNSPOKEN (2010), for which he received the Grimme Award in 2011. His TV drama BLAUBEERBLAU (2011) earned the audience award at the 8th Festival des Deutschen Films in Ludwigshafen and was honored with the Marler Gruppe's audience award at the 2013 Grimme Awards. In 2016, Kaufmann directed the two-part TV movie THE PUPPETEERS as well as an episode of the crime series TATORT. In 2017, he directed the final episode of the series BELLA BLOCK, a TV drama called ONE MAN'S HAPPINESS, and the start of a new crime series, SCHWARTZ & SCHWARTZ; the latter two were shown at FILMFEST MÜNCHEN 2018. After filming a comedy called EINE GANZ HEISSE NUMMER 2, which will arrive in German cinemas this year, he shot LOST IN SEPARATION with Martina Gedeck and Ulrich Tukur in Hamburg.