Business student Jenny really wants to excel on the final exams for her bachelor's degree. But thinking about it leads to panic attacks. To concentrate on the upcoming exams, she and her friend Kasimir fly to Mallorca for ten days to study at a remote cottage owned by her mother, rock musician Pola. Pola is supposed to be away on a concert tour, but Jenny and Kasimir find her at the house with her band — the concerts have been canceled. Pola and Jenny do their best not to get in each other's hair, but old conflicts start to re-emerge. Jenny always wanted a different mother, one who would help her to find her inner strength, not this egocentric, man-hungry musician. Pola just can't understand why Jenny had to become so bourgeois. Things get even more complicated when Pola's manager shows up and flirts with Jenny, while Kasimir becomes more and more taken by Pola and her rock 'n' roll lifestyle. 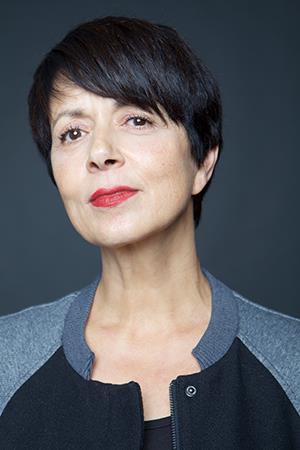 Born in Kassel, Ariane Zeller earned a degree in performing arts in Hamburg before gathering experience as an assistant director of films and television commercials. Her first foray into film directing was in the area of documentaries. Her profile of Helmut Berger was nominated for the Adolf Grimme Award in 1994. Among other things, she then established SCHLOSS EINSTEIN (CASTLE EINSTEIN), the first weekly show for children in Germany, as a producer. She then returned to directing, making various series and to date 21 full-length TV movies. These include: DER ZWEITE BLICK (2004), DREI TEUFLISCH STARKE FRAUEN (2005), DAS TOTAL VERRÜCKTE WOCHENENDE (2009), and ZWEI (nominated for a Grimme Award in 2018).
Close