A MATTER OF LIFE
Filmfest 2019

Judith is a doctor who is very committed to her profession. Aiming to become a cardiologist, she performs part of her residency in a chronically understaffed hospital emergency room. During a particularly difficult shift, she makes a mistake that causes the death of a patient. Judith is devastated and doubts whether she is suited to the profession. Her fellow doctors, including her partner Mark, advise her to just carry on as before. While Judith’s actions are investigated, she is assigned to ambulance duty. Being in a new environment and having some distance to the clinical routine allow her to see things in a new light. Seeing the diseased system for what it is, she’s faced with a decision: go with the flow for the sake of her career or take the bull by the horns and change things? 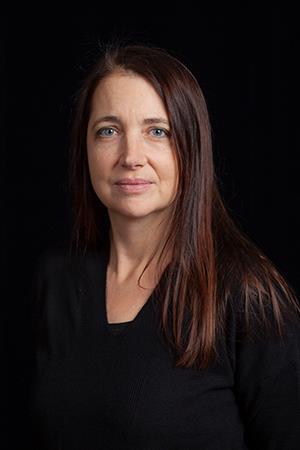 Eva Wolf, b. 1970, is a freelance director, author, lecturer, and editor in Berlin. She is a co-founder of the Superbox Film GbR Zitzman/Wolf post-production studios. Prior to studying film directing at the Hochschule für Film und Fernsehen (HFF, now Film University) Babelsberg Konrad Wolf, she worked in television for FENSTER AUS BERLIN. During her first year at film school, she made the short documentary ICH KENNE KEINE FRAU, DIE... about women’s sexual fantasies and what men have to say about them; the film had its premiere at FILMFEST MÜNCHEN. Her graduation film, the documentary MUMBAI MASALA: BOLLYWOOD FILMINDUSTRY (2001), about the film scene in Mumbai, India, was shown at the Raindance East Festival in London and at the Ethnofilmfest Berlin, among others. Her film INTENSIVSTATION (2013), a documentary about the difficult ethical decisions that are routinely made in intensive-care units, was screened at the Duisburger Filmwoche and the DOK.fest in Munich; in 2014, it was nominated for a German Television Award. DAS MENSCHENMÖGLICHE is her first feature film.