SECRET IN THE MOUNTAIN
Filmfest 2019

The last days of World War II: Even as the Allies close in, the Nazi regime is still in control of Altaussee. This mountain village is where art treasures are to be stored until they can be displayed in the „Führermuseum“. Soldiers stand guard as miners carry valuable paintings and sculptures, all of them looted, into a salt mine. Among these miners is Josef Rottenbacher, who is silently hoping for an end to the war. He’s always tried to stay out of things - unlike his best friend, Franz Mitterjäger, and Franz’s wife, Elsa, who sneak supplies to partisans and deserters hiding in the mountains. In spite of all precautions, Franz attracts the attention of the Gestapo. Josef warns him, but Franz is shot and killed while attempting to escape. The Nazis refuse to allow him a funeral. Finally, Josef takes a stand when he and Elsa get the corpse and more and more villagers join in, thus ensuring Franz a proper burial. Shortly before the German surrender, Gauleiter Eigruber orders the detonation of the salt mine: better to destroy the works of art than to have them fall into the hands of the enemy. But the miners resist - led by Josef und supported by Dr. Ernst Kaltenbrunner, the local head of the Gestapo. Bravely, the miners and the partisans confront the detonation crew to prevent the destruction of their mine and the art it contains. 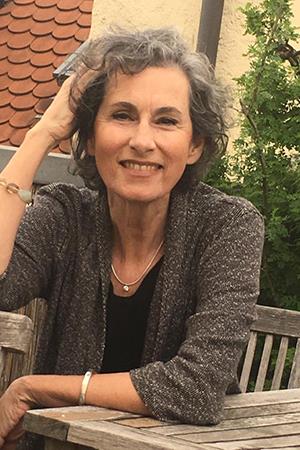 Gabriela Zerhau was born in Graz, Austria, in 1955. In 1980, after studying German literature and theater in Munich, she began training as an assistant director on various motion picture and television productions. In 1983 she made the documentary PETER ROSEGGER, and in 1984 her first feature film, TAPETENWECHSEL. The television series DIE HAUSMEISTERIN (1986), for which she made six episodes, received the Adolf Grimme Award, the Telestar, and the Bavarian Television Award. Zerhau wrote and directed episodes of the series DAS NEST (1989), for which she and Vivian Naefe received the Starlight Award for best early-evening series. Her TV movie DER NEFFE received the Telestar in 1997. In the years that followed, she directed such TV movies as AUCH MÄNNER BRAUCHEN LIEBE (1998), LIEBST DU MICH? (2000), AUSGERECHNET WEIHNACHTEN (2005), and LÜG WEITER, LIEBLING (2010, with Hannelore Elsner and Götz George). NACHT DER ANGST (2015), a TV movie for which she wrote the screenplay, received the Audience Award at the Biberacher Filmfestspiele; lead actress Nina Kunzendorf received the Bavarian Film Award for her performance. Zerhau regularly works as a script consultant and was on the Telestar jury several times. EIN DORF WEHRT SICH (2018) is the latest film she's developed and written herself.