Bridget has finally found a much-needed job as a nanny to six-year-old Frances. At age 34, without a family or a career of her own, Bridget desperately needs a change of scenery. The timing couldn't be worse: for while obstinate Frances demands all of her attention, Bridget is also focused on the abortion she's just had and is struggling to navigate the growing tension between Frances's two mothers. In spite of all this, a fundamental affection develops between these characters, a mutual understanding that includes an examination of their own gender and of different lifestyles. Alex Thompson's feature-film debut received the audience award at the South by Southwest film festival. 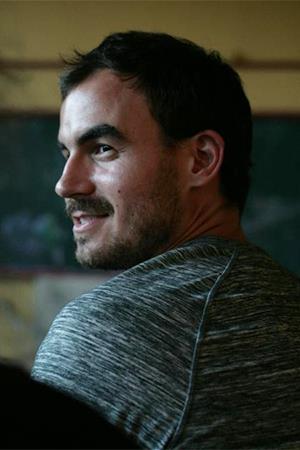 A Kentucky native, Alex Thompson graduated from DePauw University. After working as a casting assistant, he began directing short films such as IRENE & MARIE (2015) as well as music videos, dance videos, and Web series. He has produced such feature films as OUR FATHER and KING RAT (both 2017). SAINT FRANCES (2019) is his first full-length feature film.