Laura's life and that of her best friend, Tyler, revolve mostly around partying — and around confronting society's expectations of women: "My feminism is about blazing a new way through old traditions," Laura says. When she meets Jim, a pianist, and decides she wants to marry him, Tyler feels she is betraying everything they've stood for. Laura is convinced that, while married, she can continue to be a feminist and reinterpret old traditions. But how exactly is she going to do that? And what does Laura really want, anyway? Her new life will inevitably involve some painful decisions. 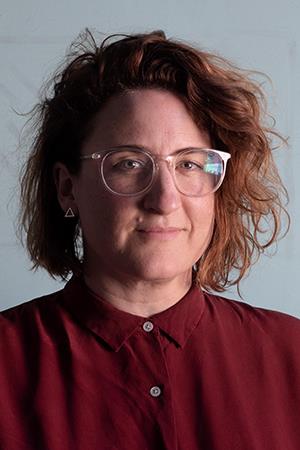 Sophie Hyde was born in Adelaide, Australia in 1977. She joined a theater group as a teenager and went on to study film and theater, both at Flinders University in Adelaide and La Trobe University in Melbourne. At the start of her career, she mainly shot videos for nightclubs and directed documentaries such as LIFE IN MOVEMENT (2011). Her first feature film, 52 TUESDAYS (2014), set and shot every Tuesday for a whole year, earned the Silver Bear at the Berlinale and the Directing Award at the Sundance Film Festival. Her latest film, ANIMALS (2018), is based on a novel by Emma Jane Unsworth. In addition to her own work, Hyde also produces films by other directors.