In the anarchic town of Seaside, nowhere near the sea, puppeteers Judy and Punch are trying to resurrect their marionette show. The show is a hit due to Judy's superior puppeteering, but Punch's driving ambition and penchant for whiskey lead to an inevitable tragedy that Judy must avenge. In a visceral and dynamic live-action reinterpretation of the famous 16th-century puppet show, writer-director Mirrah Foulkes turns the traditional story of Punch and Judy on its head and brings to life a fierce, darkly comic, and epic female-driven revenge story starring Mia Wasikowska and Damon Herriman. 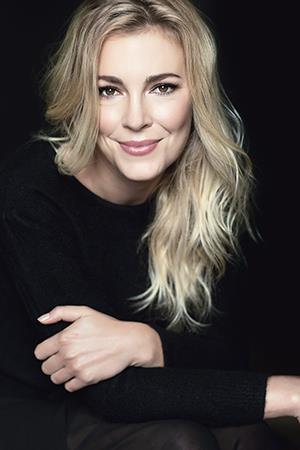 Mirrah Foulkes was born in Melbourne in 1982. In 2003, she graduated from the Western Australian Academy of Performing Arts. She has worked as an actress, scriptwriter, and director. Her short films DUMPY GOES TO THE BIG SMOKE (2012), FLORENCE HAS LEFT THE BUILDING (2015), and TRESPASS (2016) all received awards. Foulkes belongs to the Australian film collective Blue-Tongue Films. She has been honored with an AACTA Award for best supporting actress.