Silvi Jäger, who’s in her late 30s, runs a small international fashion company. She’s involved, loves her work, and isn’t into the idea of having a familiy. Thus she’s caught by surprise when Jani, her nephew, and Alexandra, her niece, are brought into her office. Their mother, Sabine, was killed only hours before by their father, Markus. As Markus has been arrested and Silvi is the only relative in town, the kids are now her responsibility. 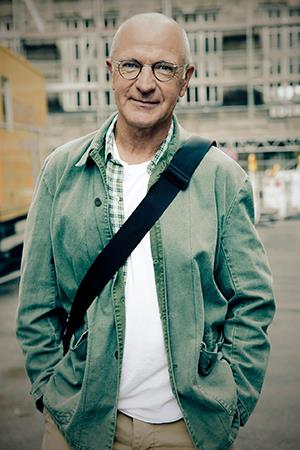 Born just south of Munich, Max Färberböck spent years in the theater in Argentina and Italy before attending HFF München. After graduating, he did editorial work for Constantin Film before theater director Peter Zadek invited him to the Deutsches Schauspielhaus in Hamburg. Further stations in a career on various German stages gave way to work for television. Färberböck directed several episodes of the crime series DER FAHNDER; his television drama SCHLAFENDE HUNDE (1992) received the Teleplay Award at Fernsehfilmfestival Baden Baden; and in 1994 he developed the series BELLA BLOCK, whose pilot episode earned him an Adolf Grimme Award. His motion-picture debut, AIMÉE & JAGUAR, opened the Berlinale in 1999 and received the Bavarian as well as the German Film Award in addition to numerous other awards. Färberböck's television drama JENSEITS (2001) similarly received numerous awards. In 2002, Färberböck directed SEPTEMBER, the first motion picture to deal explicitly with the terror attacks of September 11, 2001; the film had its premiere at Cannes in 2003. In 2008, Färberböck returned after a five-year hiatus with ANONYMA – A WOMAN IN BERLIN. The award-winning BELLA BLOCK episode VORSEHUNG the following year started off a series of award-winning television productions. In 2015, for an episode of TATORT set in the Franconia region, Färberböck created the second two-person team of TV criminal investigators in Bavaria.