Somewhere in the south of France, Laura and her cousins are spending a hot, humid, and lazy summer at a campground. At night, while the crickets chirp, teenagers sneak out of their tents to make out in cars. A wild animal is rumored to be hiding in the bushes: it's sensed and heard more than it's seen. This animal is believed to be the reason why some of the teenagers have disappeared. Nerves are tested, including Laura's, so she sets about solving the mystery of the disappearing teenagers. In doing so, she encounters a local writer who fascinates her in a macabre way. 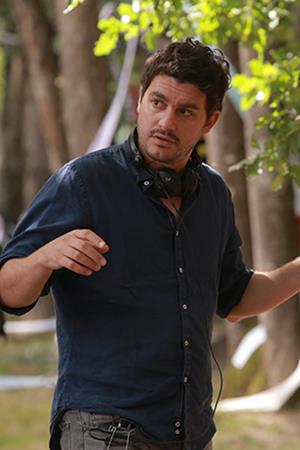 Born in France in 1980, Vincent Mariette studied scriptwriting at the La Fémis film school. His early works include the short films MAN'S BEST FRIEND (2010), MIXED DOUBLES (2012), and THE LIZARDS (2013). FOOL CIRCLE (2014) was his first feature-length film. Mariette is also a scriptwriter working in film and television.