THROUGH THE FIRE
Filmfest 2019

Rescue or perish: that's the motto of the firefighters of Paris. Frank is one of them, one of the best. He's happily married, with small children at home. One day, while fighting an intense fire, he performs an act of heroism that incurs serious facial burns. During his lengthy recovery, he gets to know a different side to himself and his surroundings. Up-and-coming French actor Pierre Niney plays the rescuer who must himself be rescued. 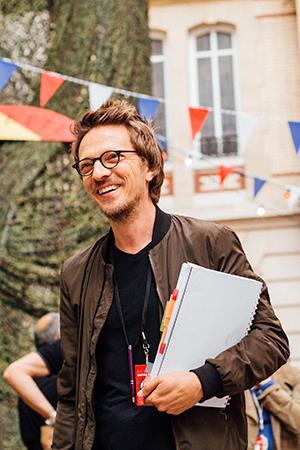 Frédéric Tellier began his film career as an assistant director to such directors as José Pinheiro, Jean-Marie Périer, Arthur Elgort, und Elie Chouraqui. His own work as a director began in television, for which he made three episodes of the series UN FLIC (2006) and six episodes of SPIN. In his motion-picture debut, SK1 (2014), Tellier dealt in a fictional way with Guy George, the "serial killer of eastern Paris". Tellier's second feature-length film, THROUGH THE FIRE (2018), is also based on actual events.