Sean is a young, successful, good-looking weatherman in L.A. Yet he's still suffering from the fact that his boyfriend left him six months ago. Sean collapses live on television and is put on leave. That's the last thing he wants, because it sinks in that he leads a pretty lonely life. When he happens upon Ernesto, a middle-aged migrant worker, he gives him a job: erasing the memory of the one who left him. Despite a language barrier and different lifestyles, the two become friends. In this darkly humorous buddy movie, director John Butler shows the extent to which the everyday lives of Americans and migrants are interconnected and what they basically have in common. For it doesn't matter how big one's salary is, where one comes from, or what sexual orientation one has; everyone wants to belong. Matt Bomer and Alejandro Patiño develop the tragicomedy that this desire entails with a great sense of nuance. 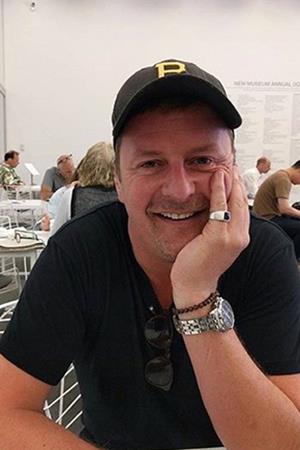 Born in Dublin in 1972, John Butler graduated from the University of California with a master's degree in film. He began his film career with IMMATURITY FOR CHARITY (2012) and THE STAG (2014), for which Warner Bros. secured the rights to a remake. Butler's film HANDSOME DEVIL (2016) received several awards and was bought by Netflix. Additionally, Butler's novel "The Tenderloin" (2010) was published. The director also makes commercials, writes screenplays, and writes for various magazines.