Marcos and Anna ought to be proud of their 25-year relationship. But what now? They don't quite know, but they do agree that their relationship is out of steam and it's time to try something new. If both go their separate ways, everything else will fall into place. The aim is to become independent again, to make decisions for oneself without having to accommodate anyone else. Yet what sounds like a dream soon turns into a nightmare as both realize that being alone takes some getting used to. This film uses lots of humor and a precise focus to tell a story about the dreaded empty nest syndrome and a couple who get to know a different side of themselves. Mercedes Morán and Ricardo Darín are perfect in their roles in this excellent relationship comedy, which opened the 2018 film festival in San Sebastián. 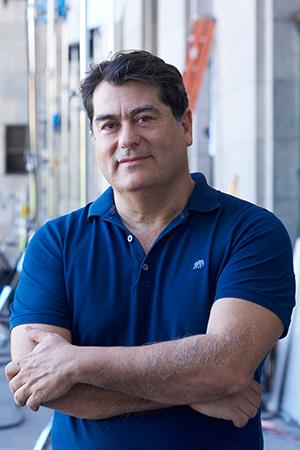 Juan Vera attended the Escuela Nacional De Realización Cinematográfica de la Argentina. During his career, he has produced more than 30 films, including SON OF THE BRIDE (FILMFEST MÜNCHEN 2002) and THE LAST SUIT (FILMFEST MÜNCHEN 2018). The romantic comedy EL AMOR MENOS PENSADO (2018), which he co-wrote, is his first film as director.