The fin in the water was visible for only a moment, but people are very concerned. What if there are sharks in the ocean near this village in Uruguay? Fourteen-year-old Rosina is, at any rate, convinced that she wants a romance with Joselino, who, like her, works for her father. Joselino's on-again, off-again interest in her propels her desire to win him over. Her longing leads her to a plan to get closer and closer to the somewhat older fisherman. But like so many things in her life, which is full of desires that are hard to pin down, her plan is not long-lived. 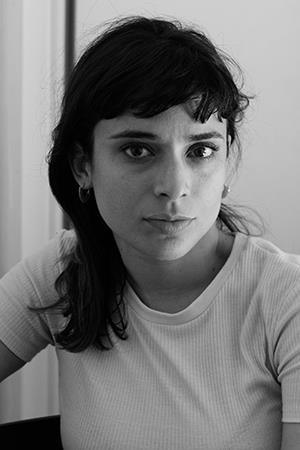 Born in Montevideo, Uruguay, in 1986, Lucía Garibaldi attended the Escuela de Cine del Uruguay. At the San Sebastián International Film Festival in 2018, she received the Films in Progress 34 Industry Award for work on her debut feature film LOS TIBURONES (THE SHARKS), which premiered at the Sundance Film Festival in 2019. Garibaldi is currently working on two new projects.