Elena and Jake meet by chance on New Year's Eve when they try to get the same taxi. It wasn't the most romantic way to meet, given that the ride ends with Elena throwing up on the sidewalk, but that doesn't stop the two from starting a passionate relationship. Before long, they're living together and talking about starting a family. There's one small catch: Elena wasn't completely honest about her age. She's 35; he's 26. The nine-year age gap begins to catch up with the couple, and they must figure out what kind of life and what kind of relationship they want to have. 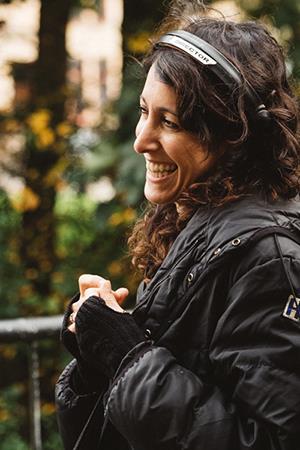 Born and raised in Leeds, England, Harry Wootliff is a trained dancer and actress who enjoys writing. Her foray into film began with the multiple award-winning short films NITS (2004) and TRIP (2008), of which the latter premiered at the Berlinale. ONLY YOU (2018) is her first feature-length film.