THIS IS NOT BERLIN
Filmfest 2019

Mexico, 1986: sex, drugs, and rock ’n’ roll. While everyone else is looking forward to the upcoming soccer world cup, 17-year-old Carlos is preoccupied with listening to music and daydreaming about a girl named Rita. She's in a goth band and is the sister of his best friend, Gera. When Rita takes her brother and Carlos to the legendary nightclub "The Azteca", the boys discover a whole new world of ecstasy, drugs, and queer performance art. 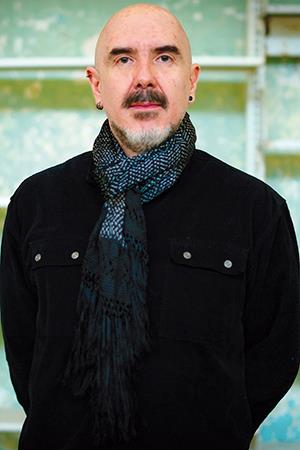 Hari Sama was born in Mexico City in 1967, where he later graduated from the CCC film school. His feature films SIN TON NI SONIA (2003), THE DREAM OF LU (2011), AWAKENING DUST (2013), and SUNKA RAKU: EVANESCENT JOY (2015) were shown at various international festivals and received numerous awards. His short films TAIL BETWEEN YOUR LEGS (2005), THE AFTERNOON HAS EYES (2007), EMPTY TIARA (2014), and NOBODY PLAYS THE TROMBONE ANYMORE (2016) were also internationally acclaimed.