Steevens, a 21-year-old Haitian immigrant, leads a simple but steady life in Chile. He works at a construction site, spends his free time with friends, and heads back to his apartment in the evenings. Yet his own life is a fragile construction, since the laws in Chile don't give immigrants any breaks, and the population in general looks down upon him with disdain or even hostility. This becomes clear when Steevens' childhood friend Junior immigrates to Chile and requires his help. At first he is more than happy to support his friend, but Junior's erratic nature and his status as an illegal immigrant soon create cracks in the stable life that Steevens has painstakingly built. 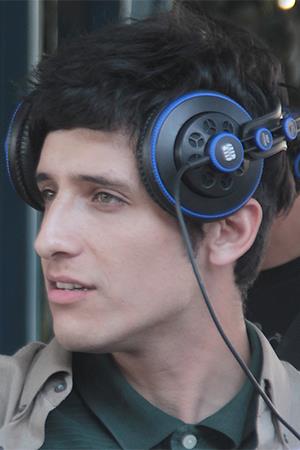 Born in 1990, Juan Cáceres is a Chilean filmmaker. A graduate of the University of Chile, he began his career with the short films DESIDERIUM (2016) and LA DUDA (2017), both of which premiered at the Santiago International Film Festival. His first feature film, PERRO BOMBA, has already received awards at various festivals.