Emma Thompson slips into the role of tough talk show host Katherine. For more than 30 years, she has been the reigning queen of the late night show TONIGHT WITH KATHERINE NEWBURY – until the ratings drop and Katherine is about to be replaced by a younger, male mainstream comedian. Molly (Mindy Kaling) is a comedy newby. But she is young and has a multicultural background and is the contemporary and fresh voice which can save Katherine’s image as a shrewd comedian.
LATE NIGHT is an unusual fresh and light-hearted comedy, which reverses clichés and opens up new perspectives. This is the achievement of the furious three women behind this film: screenwriter/actress Mindy Kaling, director Nisha Ganatra and actress Emma Thompson. 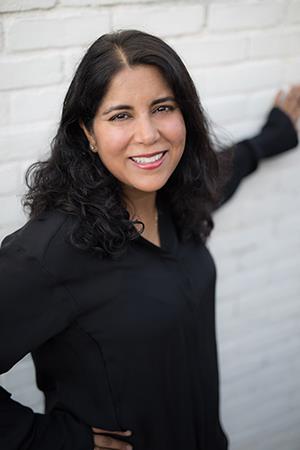 Nisha Ganatra was born in Vancouver in 1974. Since her work on the successful Amazon series TRANSPARENT in 2014, she has established herself as a popular comedy expert. In 2015, this series was awarded a Golden Globe. The team as well as the advisory producer Nisha Ganatra were also nominated for an Emmy in the category “Outstanding Comedy Series”. In the same year, director Ganatra collaborated with Mindy Kaling, who also wrote the screenplay for LATE NIGHT, for the first time on THE MINDY PROJECT. Ganatra graduated from the renowned New York University Film School. With CHUTNEY POPCORN, she presented her directorial debut in 1999, in which she also played one of the parts. This comedy became on of the festival favorites and won several awards, such as the audience awards at L.A. Outfest, Newport International Film Festival, Paris International Lesbian and Feminist Film Festival as well as at the San Francisco International Lesbian & Gay Film Festival. Ganatra’s TV drama COSMOPOLITAN (2003) celebrated its premiere at South by Southwest Festival. She also directed several episodes for series like MR. ROBOT, SHAMELESS, GIRLS, BROOKLYN NINE-NINE or THE LAST MAN ON EARTH. As the co-producer and director of the first season of BETTER THINGS in 2016, she played a major role in the success of this dark-humored comedy. She is also a member of the bord of the organization Women in Film.