In a dystopian Germany, journalist Leo Bernstein travels from Vienna to the Ruhr Valley, where wolves have supposedly been spotted again. He tries to find out why the return of this wild animal seems to exert a disturbing power of attraction over many citizens. In the course of his research, more and more fragments of a fairy tale come to his mind and ultimately take hold of him. They tell of a young handmaiden who once gave birth to a wolf, putting her surroundings in mortal danger. Still nursing the emotional scars of a car accident experienced at the onset of his journey, Leo begins to lose touch with his body and cedes all contact with his former life. As the fairy tale becomes increasingly realistic, it leads Leo dangerously close to fears and longings that mark the return of the wolf. 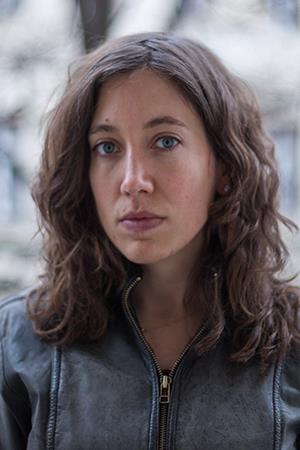 Katharina Mihm was born in Berlin in 1983. She studied film directing at Universidad del Cine in Buenos Aires and lives as a freelance filmmaker and author in Berlin and Lower Austria. In 2015, Mihm and Hong Chang Kim founded the Berlin production company Opak. Mihm's feature-film debut, ORPHEUS RHAPSODIE (2017), deals with a young female filmmaker who dies after falling into a well but who is still stuck in the world of the living. MÄR – A GERMAN TALE (2019) is Mihm's second feature-length film.